Capture one 12G-SDI signal in one of the following connecting methods:

Magewell Capture 4K resolution video using the low-profile Pro Capture SDI 4K Plus Capture Card.. This PCI Express x4 capture card is compatible with DCI 4K and UHD video formats up to 4096 x 2160.
Four high-definition BNC ports out of which two support SDI formats up to 3G-SDI, 6G-SDI, and 12G-SDI. Capture uncompressed video from a camera or switcher.
SDI output on your computer for recording, editing, or streaming.

The Magewell Pro Capture SDI 4K Plus is compatible with Windows, macOS, and Linux systems. Extraction of audio-formation and channel status data is supported.
Also closed caption and multiple color spaces in 8- and 10-bit formats. Video processing features include frame-rate conversion, cropping, scaling, de-interlacing,
and aspect-ratio conversion. Multiple Magewell 11180 cards can be used and numbered in one system. 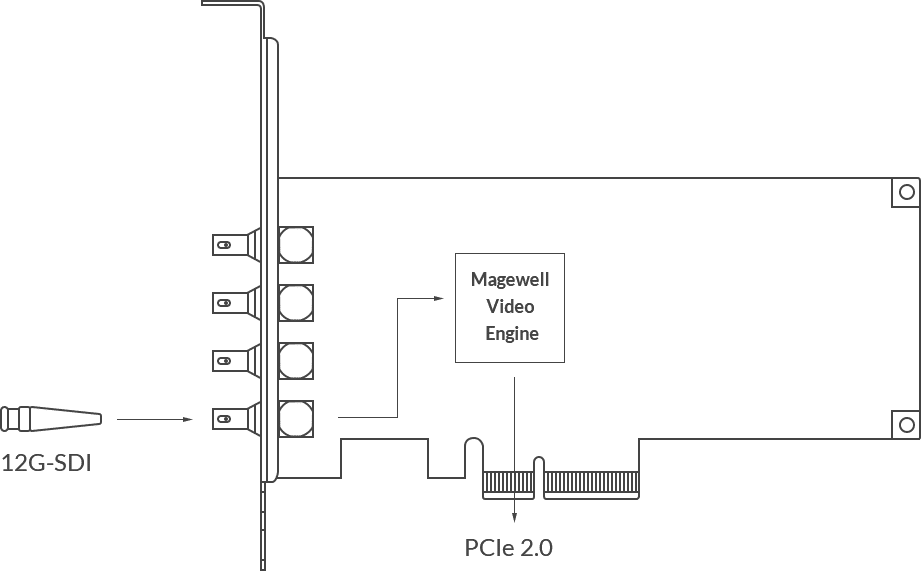